Back to Things to do 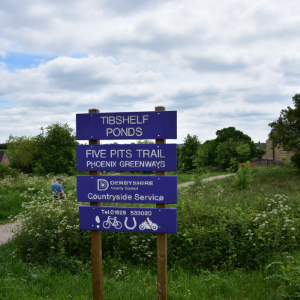 Five Pits Trail is part of the Phoenix Greenway Network and provides an off-road surfaced route for walkers, cyclists and horse riders. It is a five and a half mile linear route linking Grassmoor Country Park to Tibshelf Ponds, passing mainly through agricultural and woodland landscapes. The trail can be extended to seven and a half miles by following the route through to Williamthorpe Ponds and Holmewood Woodlands. 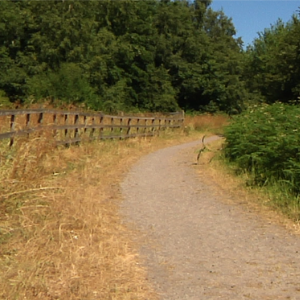 Blackwell Trail is a short one and a half mile multi-user trail for walkers, cyclists and horse riders. The Blackwell Trail is also part of the Phoenix Greenways, which are a network of trails that run through Derbyshire and Nottinghamshire. This short trail has links to Brierley Forest Park at the eastern end and to nearby Blackwell Village and Westhouses at the western end. 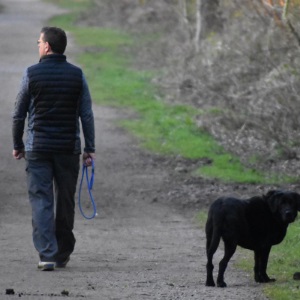 Stockley Trail is a two mile multi-user trail for walkers, cyclists and horse riders. Running parallel to the River Doe Lea from Carr Vale, near Bolsover to Bramley Vale. At the northern end in Bolsover there is a car park situated off the A632 at the bottom of Bolsover Hill adjacent to the Peter Fidler Reserve which the trail runs through. At the southern end of the trail you will find the Glapwell Countryside Site. 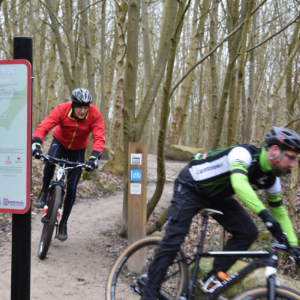 Access to southern end of the Stockley Trail is from Stockley Lane off the A617 next to the Plug and Feathers Public House. There is a car park along the lane and the trail is a few hundred metres further along. The MTB Trail is a 2km blue grade trail built and maintained by Bike Track. Ideal as a family loop or a training venue, the trail is mainly undulating with one short sharp climb and a good fast bermed descent. 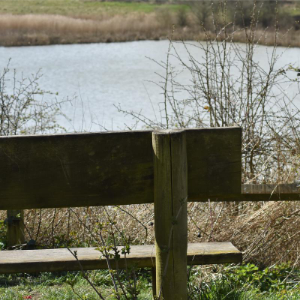 Peter Fidler Reserve is situated alongside the Stockley Trail at Carr Vale, on the former Bolsover Colliery South Tip. The site contains a variety of wildlife habitats which can be visited and offers good views of the adjacent Derbyshire Wildlife Trust Carr Vale Nature Reserve. The site has been dedicated to the memory of Peter Fidler who was born in 1769 at Mill Farm, Bolsover which is adjacent to the site. Peter Fidler was a surveyor, map-maker, fur trader and explorer who had a long career in the employ of the Hudson Bay Company in Canada. 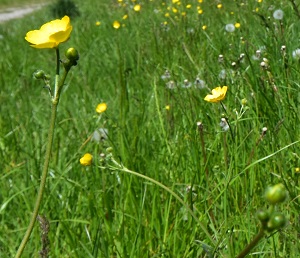 Newton Link is located on the edge of the village of Newton and is an area of open grassland. There is a surfaced path from the road for part of the route, the remainder is a mown grass path. This is a popular local route that was part of the old Great Central Railway with connections to Tibshelf Ponds, the Five Pits Trail and the Silverhill Trail. Discover the workplace of a 19th century miller. 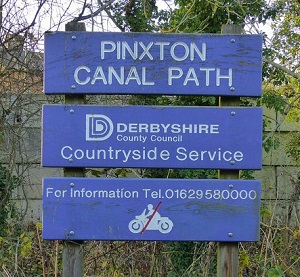 Pinxton Canal Path is a footpath along the in-filled Pinxton arm of the Cromford Canal from Codnor Park Reservoir at Ironville to Pye Bridge. A former iron works pond adjacent to the path near Pye Bridge has been restored and is a Local Wildlife Site for its aquatic interests. When the opencast coal site to the north of Pye Bridge is restored there will be paths linking through to the original terminus of the branch at Pinxton Wharf. 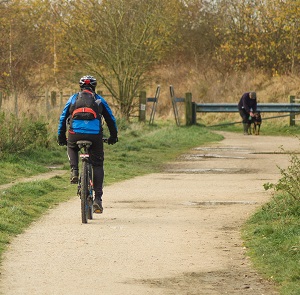 Teversal Trail and Pleasley Trail run through both Derbyshire and Nottinghamshire and are relics of the area's industrial past, being remnants of railway lines that served the coal mining activities of the region. Now reclaimed by human activity and natural regeneration, the trails offer opportunities for walking, cycling and horse riding. The trails pass through Local Nature Reserve (LNR) habitats of great wildlife value, such as mature Oak and Ash woodlands, wildflower meadows, limestone grassland terraces and pools and wetlands. 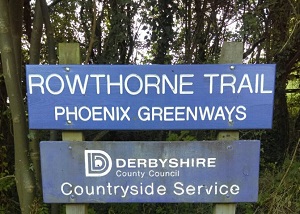 Rowthorne Trail can be accessed via Rowthorne Lane at the northern end of the trail. The southern end links into the Pleasley/Teversal Trails network at Batley Lane. The trail is being upgraded in 2020 to a multi-user trail with improved access. The steep embankments of this disused railway provide excellent habitats for a wide range of limestone loving plants, whilst some areas are developing as oak woodland. Wetter areas at the foot of the embankment and a small streamside meadow provide valuable habitats for plants, grass snakes, butterflies and moths. 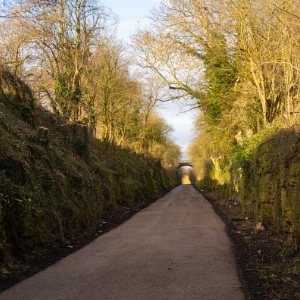 Clowne Branch Line Greenway is a newly developed six and a half mile multi-user trail from Creswell in the east to Poolsbrook Country Park via the old railway line. There are numerous access points and plenty of wildlife to see along this pleasant trail. At the Poolsbrook end is Poolsbrook Country Park where there is a café for a welcome stop before returning along the trail or heading on to the Trans Pennine Trail, Cuckoo Way or the Chesterfield Canal. 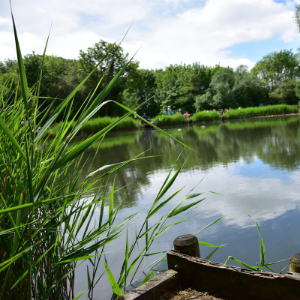 Tibshelf Ponds provide several opportunities for short walks around the ponds, through the extensive wildflower rich meadows and woodlands. A number of access routes have been created to allow you to explore the woods. The predominately Oak and Silver Birch woodlands throughout the site have matured well and now provide good habitat for a variety of birds including several members of the finch and tit families. These woodlands are undergoing woodland management which includes thinning and coppicing.

01246 242326
This email address is being protected from spambots. You need JavaScript enabled to view it.